BRICK – An application for the township’s only conservative Jewish congregation to relocate to a former funeral home was denied by the Board of Adjustment due to not having enough parking spaces.

The applicant’s attorney John Jackson argued that the building was “absolutely perfect” for the congregation, which has shrunk to some 87 members in recent years.

He said the former funeral home could be easily modified to suit the temple’s needs.

There is only a 15-space parking lot, but parking is available in a 60-space lot owned by nearby St. Thomas Lutheran Church, who signed a lease agreement that would allow the temple to use the lot for overflow parking.

Jackson said the parking lot could be used during Jewish holidays when there is a larger crowd. He also argued that the former funeral parlor generated more traffic than the temple generates.

He argued that the house of worship is constitutionally guaranteed and is a beneficial use to the community.

During several Board of Adjustment meetings spanning several months, some board members decided that the existing parking lot is not big enough for the Temple Beth Or congregation because of the potential occupancy, especially if the building is ever sold to an entity that needs more parking.

Board Engineer Brian Boccanfuso said that one parking space is required for every four people that can be admitted into the building.

The engineer said that with all the combined seating areas, the building has well over 110 seats in areas designed for assembly.

There were dozens of neighborhood residents who attended the Board of Adjustment meetings to complain about the potential for increased traffic resulting from the temple.

A “super majority” of five votes was needed from the seven Board of Adjustment members to permit the temple to operate there. Members Raymond Noonan and Eileen Della Volle voted against the application.

According to Temple Beth Or President Sandi Silber, the congregation will be meeting with their attorney Jackson in the near future to see what options they have going forward.

St. Thomas Lutheran Church was willing to sign a 25-year lease for the overflow parking, and evidently two of the people on the committee did not think that that was proper, she said.

The Jewish congregation has been holding their services at the Lutheran church since they sold their 17,000-square foot temple and 4.6 acre location on Van Zile Road in March 2021, which became too difficult to manage.

“We’ve been [at the Lutheran Church] for a year and a half, and the neighbors didn’t even know we were there, it didn’t affect the parking, but they voted no,” Silber said.

Temple Beth Or, which means “House of Light” in Hebrew, has roots in the township that go back to the early 1960s. They hold their services on Friday evenings and Saturday mornings, which Jackson said creates a “symbiotic relationship” between the two houses of worship.

Most of the traffic and need for parking at St. Thomas Lutheran Church is on Sundays, he said. 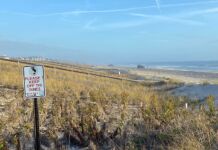 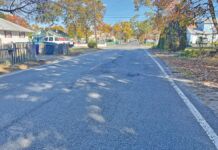 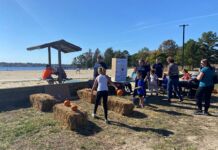 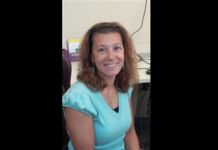 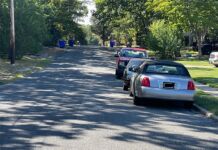 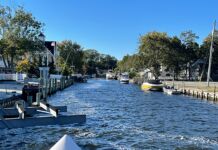