BRICK – The Brick Township Trap-Neuter-Return committee recently held their monthly meeting and discussed how “kitten season” could impact the community.

The Trap-Neuter-Return (TNR) committee is designed to help homeless and free-roaming cats by humanely trapping feral cats for spaying/neutering as well as vaccinating and ear-tipping them. Afterwards, they are released and returned back to their colonies.

John Talty Jr., who is the chairman of the committee and is a retired Brick Police officer, said that during this time cats reproduce more often and residents/volunteers should keep a watchful eye.

“Some of these cats will reproduce several times a year. So, the committee is gearing up for a busy season,” Talty Jr. said. “Our mission is to help people who care for feral cats. We don’t want people just to feed the cats and think that’s the extent of anything that they can do for them. We realize from a financial basis some people may not be able to spend the money or the time to take care of a cat that’s living in their back yard.”

The TNR committee restarted back in January of 2021. What was originally a nonprofit years ago has now reformed into something new. The committee receives funds from the township in order to provide a specialized veterinarian for the spaying/neutering.

Talty Jr. explained that besides the spaying/neutering, a big part in the procedure is ear-tipping which involves trimming the cat’s ear allowing them to know whether that cat has been spayed/neutered.

“Our mission is also to help people who want to have a colony, and have a colony in an area that doesn’t disturb others in the surrounding community,” Talty Jr. said. “The goal is for all the colonies to have cats that can’t reproduce. The challenge to that is not adding to the colony because if you get one cat that comes in and have a litter, and then that litter has a litter, before you know it you have a lot of cats.”

Talty Jr. said that over the past year and a half, more people have been coming to the committee to register feral cats. Currently, the committee has 281 cats represented in 41 different colonies within Brick Township.

“We continue to try to get as many cats as we can. We’re finding as we go along that our name is getting out there and that the Township recognizes these wonderful people who want to care for cats that in many cases don’t give them love and affection a regular cat would give. But they still want to care for them,” he said.

Talty Jr. further expressed his gratitude towards all the volunteers and how much they’ve impacted the community.

“Right now, we are very fortunate for the number of volunteers we have. Our volunteers they do so much. The spaying and the neutering we do is essential to the success of the program. But it’s not compared to what these volunteers put in, out of their own pocket and time. They’re all trying to keep the cat population in check,” he said.

“One caregiver has been doing this for about 15 years. Every year her population has either gone down or stayed the same. And that’s exactly the ideal model we hope to replicate with everybody. Another volunteer helps find kittens homes so that they don’t go straight to a shelter,” Talty Jr. added.

“A cat that is spayed/neutered and fed daily, is a cat that most people don’t notice as a nuisance,” Talty Jr. said. “Each time we trap a cat we have a positive impact.” 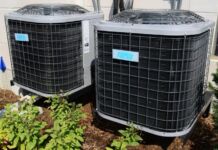