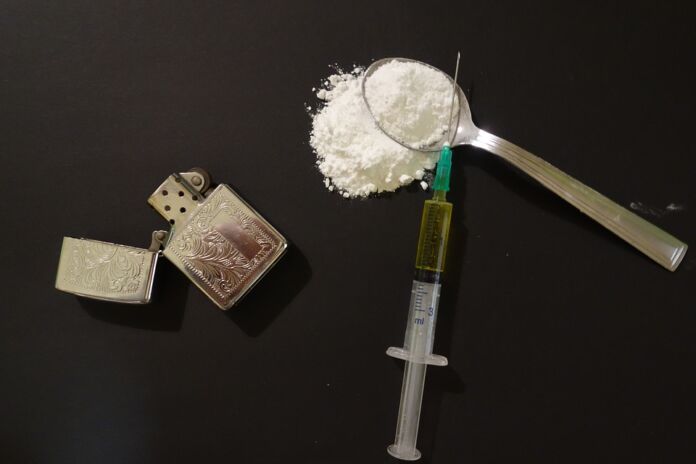 BRICK – Several people have been charged for drug offenses after a landlord tenant dispute, disorderly behavior, and more, police said.

On August 16 at 6:20 p.m., detectives watched a suspected drug sale transaction in the parking lot of the Walgreens on Route 88. Police said Ashley Kamaris, 34, from Brick, had approached a car occupied by Louis Whittington and Shaquanda Calhoun, both 35 from Toms River, to buy cocaine.

On August 18 at 10:40 a.m., officers were called to the QuickChek on Route 70 about two disorderly subjects who appeared to be under the influence of drugs. Police discovered residue in the nostrils of both people, who were identified as Joseph Karcich, 53, and Dina Karcich, 55, both from Toms River. After investigating, officers later found heroin, Oxycontin pills, and amphetamine at the scene.

Both Joseph and Dina were charged with possession of heroin, amphetamine, Oxycontin, drug paraphernalia, and being under the influence of a controlled dangerous substance (CDS). They were lodged in Ocean County Jail.

On August 19 at 9 p.m., police responded to a landlord-tenant dispute regarding a potential theft of property. Detectives were able to find the suspect’s car and identified the driver as Christopher Sherrill, 45, from Brick.

When police approached Sherril, he tried to throw out a glass pipe containing crystal methamphetamine. According to police, he then resisted officers’ attempts to place him under arrest. In addition to the pipe, officers discovered four different types of pills and drug paraphernalia.

Town To Ban Lights That Are Too Bright